In the presence of numerous German guests of honor and American servicemen and women, this year’s memorial service took place at the Air Base, at the memorial donated by the people of the region.

After a moving ceremony, in the course of which, among other things, a female soldier of the Air Base, then working as a doctor in Washington, described the terrorist attack on the Pentagon, the President of the Host Nation Council, Jan Niewodniczanski and District Administrator Dr. Streit, together with Col. Peter Billodeau, laid a wreath in memory of the victims. 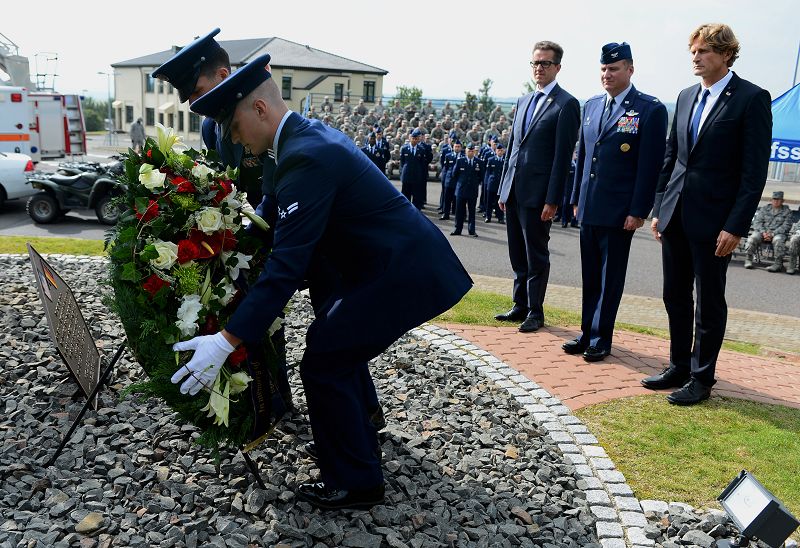