TV photo: Mandy Radics Military lessons and teachers climbing on desks: 22 Bitburg high school students spent a day getting a taste of American school life at the high school on Bitburg Housing. The exchange was organized by the Host Nation Council, which has been committed to German-American friendship for many years. He is an entertainer and sometimes jumps abruptly onto a table. Or he sings the page numbers of a book aloud. Now and then he lets youngsters splash around with a water bottle. No, Dan Schafer is not a comedian, he is a Spanish teacher at the American high school on Bitburger Housing. His lessons have a style all their own. Each of the ten students has been given a name typical of the country, such as Juan or Pablo. Even the classroom leaves no doubt that Spanish is being taught. Country flags from Colombia, Paraguay or Chile hang above the windows. The blackboard is covered with Spanish verbs, prepositions and sentences. Everything here is multimedia. Videos are shown on whiteboards and smartboards that are connected to a computer. Or information is projected directly from the Internet onto the board. 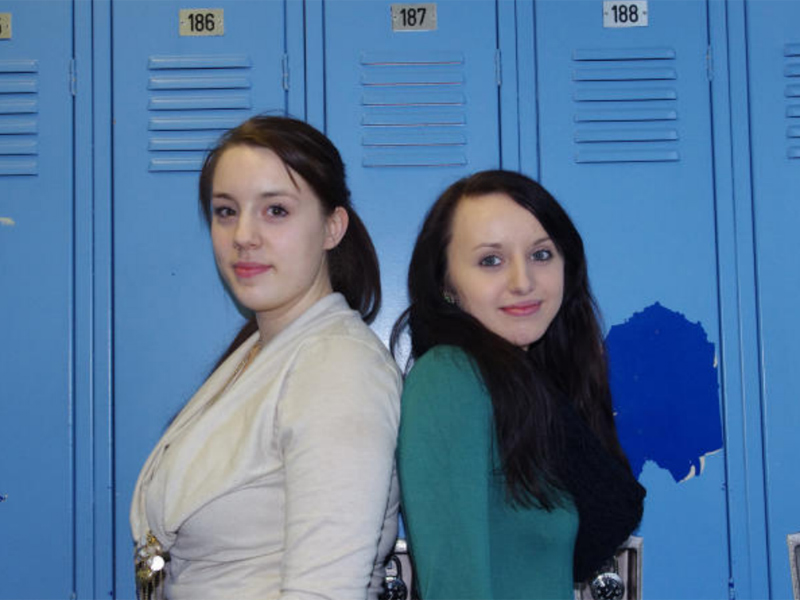 Both the German teachers and the 22 students from Bitburg High School, who are spending a day getting to know American school culture, are amazed by the technical equipment. All of them attend the 11th grade English advanced course at the Gymnasium. “We had to fill out a form beforehand with hobbies, favorite movies and music. The American students were then allowed to choose a partner,” says 16-year-old Shirin Hoffmann. Sonja Özyürek (18) wrote letters with her high school partner before the meeting. “We don’t match at all,” she says, laughing, “she listens to country, I listen to rock music.” No matter. Ultimately, the students each want to learn about the other’s world.

“This is a great opportunity. It’s a way for us to learn about another culture firsthand. We hope the exchange will build a bridge, because there are some differences,” says Susanne Debald, an English teacher at Bitburg High School.

That is exactly the goal of the organizer of the action, the Host Nation Council (HNC). HNC head Jan Niewodniczanski says: “We want to give our American friends a home away from home. The easiest way is through youth.” For one day, the German students go to different classes with their respective American partner students. Get to know young people who are shaped by everyday life under the wing of the American military. Who keep changing schools because their parents are transferred – to another city or another country.

Many want to join the military themselves after graduation, like 16-year-old James Finney, who showed up in his uniform to celebrate. That’s what you get when you take military classes as an elective. What is strange for the German exchange students is normal for their high school partners. “Twenty-two percent of the students choose the subject,” says the instructor. At the same time, the ratio between boys and girls is balanced, he says. Says Finney, “We learn how exactly to present the uniform and how to present the rifle properly. And we learn how to shoot.”

There’s a taste of that in class. There, they salute, place the rifle at heel or hold it jaggedly in front of their chest. Everything is done according to precise commands. Instructor: “It’s a good program not for recruiting, but to train good citizens.” After completing the program, which lasts several years, participants are promoted two ranks in the military.

That’s exactly what Jordan Whelan, 19, wants, “Why not? My grandpa was in the military, my dad is there. I want to go there, too. It’s only going to give me advantages.” The school motto for the 200 students is: everyone has access to all teaching resources. No one is disadvantaged. That’s why any instruments are provided in the music subject. Video production with professional equipment, as in the television studio, can also be an elective subject. There, the young media makers produce a daily news program for their classmates. Cooking is also a subject. The smell of spices wafts through the classroom’s large kitchenettes. “The three-year training is recognized in America,” Nicholson says.

Next exchange in April

“The next best alternative to playing football is art” – That saying is stuck to a skeleton in football gear, America’s national sport. It’s written in the art room, which is lined with wooden work tables and has paintbrushes, paints, blue and red sculptures and paintings all over the wall. The equipment of the school and the possibilities for the students to express themselves seem to be huge. After all these impressions, we first have lunch. This is a mixture of German-American ingredients. Fresh rolls are shared by students and teachers. Everyone contributed something: salads, chili, fruit, muffins and chips. Then it’s on to the afternoon with lessons in American. “Feel safe, have fun, learn a lot,” said Patrick Gross, high school principal, at the morning kickoff. Everyone put the motto into practice extensively at the end of the day. A reunion is already planned for April 25. Then the high school students will spend a day at Bitburger Gymnasium
back